The S&P has relinquished the last of its summer rally gains. 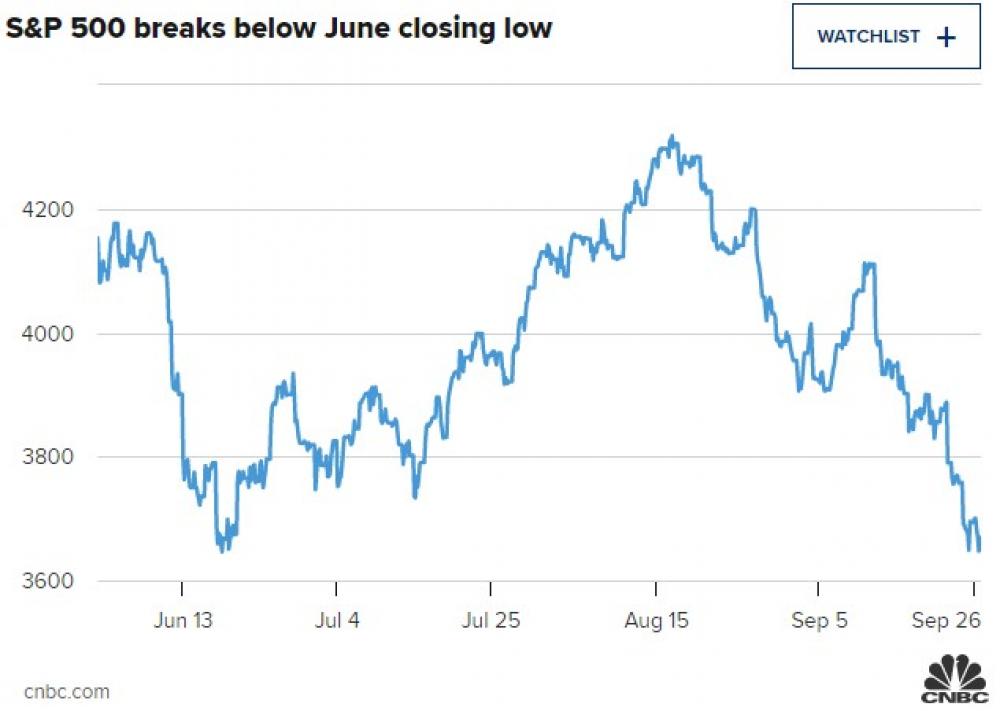 The S&P 500 hit a new closing low for 2022 and the Dow Jones Industrial Average sank into a bear market, as interest rates soared and turmoil wreaked havoc in the global currencies markets.

The British pound hit a record low on Monday against the U.S. dollar, plunging 4% at one point to an all-time low of $1.0382 after Britain’s new government announced plans to issue its biggest tax cut in 50 years and increase spending.

That fueled more volatility in the markets stirring up the CBOE Volatility index VIX to near three-month highs (32.26), as investors are worried about a global recession amid decades-high inflation. investors are growing increasingly bearish on the stock market. American Association of Individual Investors (AAII) most recent investor sentiment survey revealed that only 17.7% of its respondents were bullish on the direction of stock prices over the next six months.