The Russian Stock Market Slumps on the Mobilization News

Russian stocks tumble to their lowest since February 24, 2022. 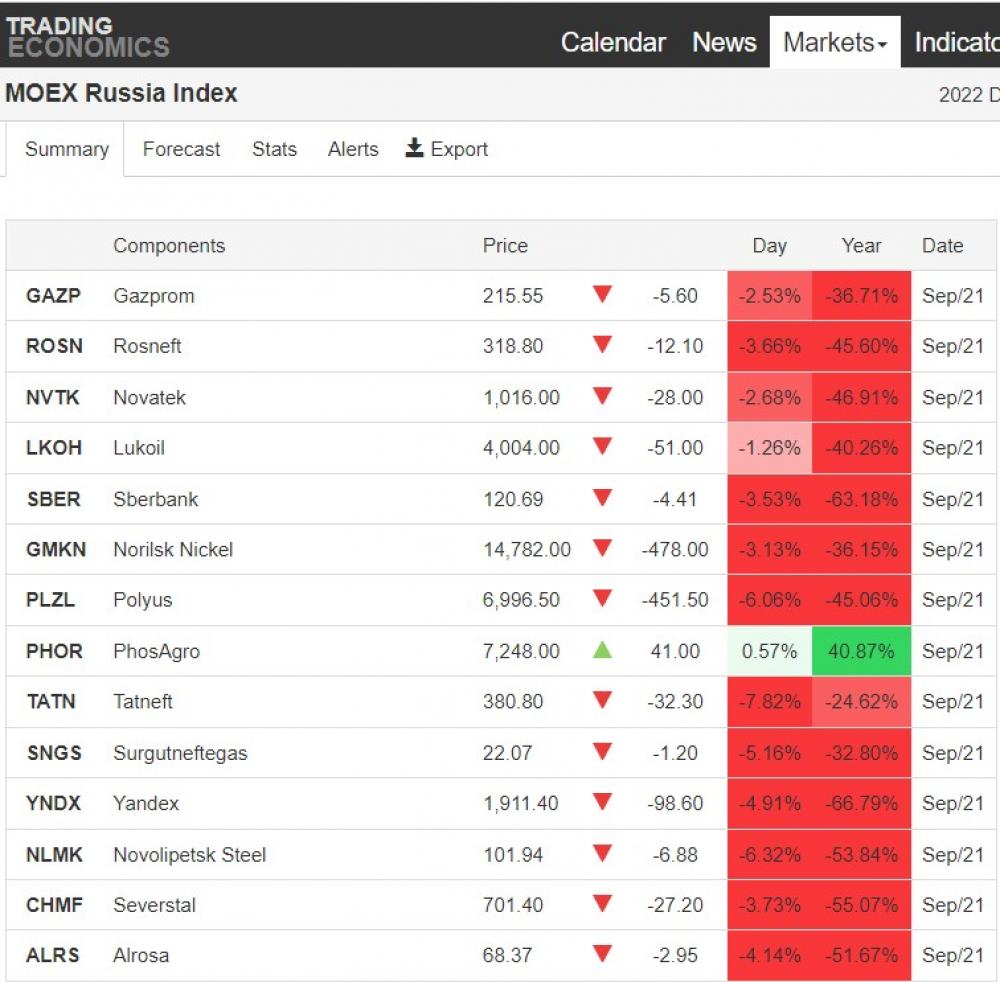 The Russian stock market index MOEX tumbled as much as 10 percent on Tuesday, September 21, cutting losses at 2,150, as the Russian President announced partial mobilization that is deemed to draw 300 000 reservists into the military operation in Ukraine. The stocks of energy giants such as Rosneft and Gazprom at one point lost around 12% each, before settling at around 4.7% and 2.6% lower respectively.

Tinkoff Investments analysts were reported as saying that it was the biggest MOEX drop since Feb. 24, when the index lost more than 30% in one day.

Investor sentiment also dwindled after the media reported that the Russian government was planning to increase taxes on the mining and export of commodities, planning to collect some 1.4 trillion rubles ($23.1 bln) from commodity exporters in 2023.

"A rise in export duties on pipeline gas and oil, as well as the introduction of duties on LNG and an increase in severance tax, will reduce free cash flow for oil and gas companies," Portfolio Manager at Alfa Capital Dmitry Skryabin noted in a comment to TASS.

According to Chief strategist at  ITI Capital AIskander Lutsko: “About 30% of the slump is due to possible tax hikes on exporters and 70% due to concerns over referendums and potential mobilization in Russia”, as reported by Bloomberg. “We can’t expect drastic moves to be prolonged, but most likely the market will remain under pressure as there is an obvious geopolitical shift that carries negative sentiment for the markets,” he said.

With valuations already under pressure from months of international sanctions, the Russian market is being further weighed down by Europe’s intensifying efforts to reduce energy imports, as well as recent military setbacks in Ukraine. European energy stocks rose 1.6% as oil prices climbed following the news of mobilization.