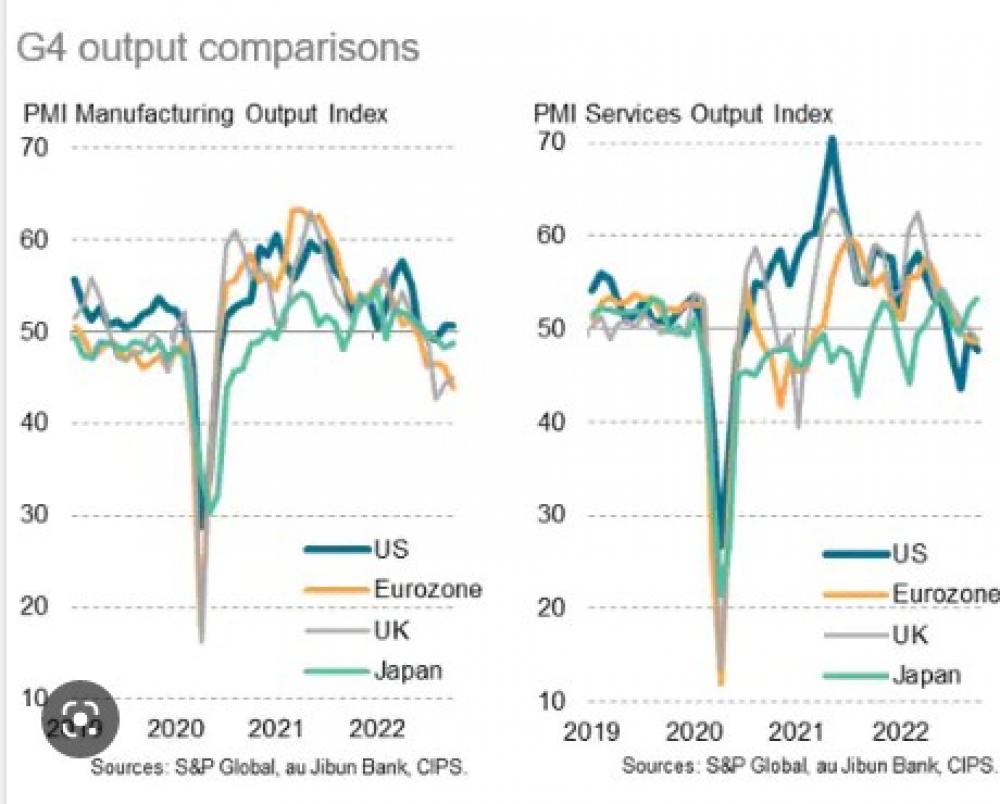 Analytics predict that inflation in Euro-area will remain around 10% in the coming months, which is about five times the ECB’s target. The Eurozone core inflation rate, which excludes price changes in food and energy, was six percent. At the same time, the Euro-zone data indicates only a slight drop in GDP at a quarterly rate of just over 0.2%, according to S&P Global. However, the composite purchasing managers’ index (PMI) rose to 47.8 in November from 47.3 in the previous month.

David Powell, the senior euro-area economist for Bloomberg Economics in London noted that the euro-area composite PMI survey revealed good news. “It suggests the speed with which GDP is dropping has stabilized and that inflation is no longer accelerating. With the ECB most focused on prices, the news on that front will help those on the Governing Council arguing for a 50 basis-point hike in December instead of a 75 basis-point move,” said the economist.

ECB Vice President Luis de Guindos said on Wednesday that the euro-zone economy will very likely contract in the current quarter and the first quarter of 2023. “Consumer-price gains will probably start to ease early next year, however,” he told an event in Madrid.