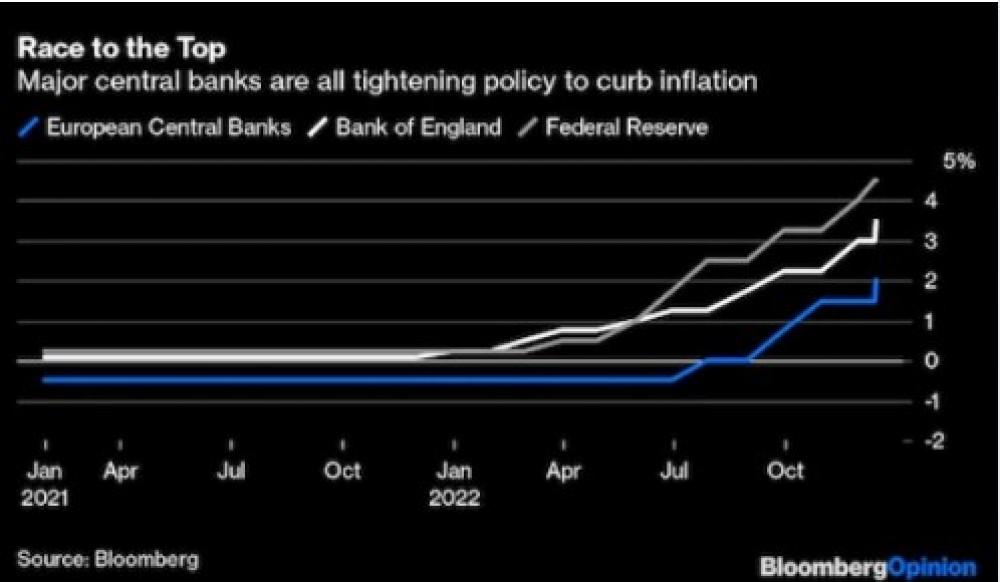 BoE has hiked the bank Rate by 0.5 percentage points to 3.5%, and the European Central Bank (ECB) has raised its main borrowing cost by 0.5 percentage points – to 2.5% – in an attempt to lower inflation across the Eurozone. Germany's announcement that it would issue a record amount of debt in 2023 to fund an energy support package is also believed to have added fuel to upward pressure on yields.

European Central Bank President Christine Lagarde stated to Reuters there will be more 50-basis-point rate increases for a period of time and that the ECB was not “pivoting” yet. “The reaction in European bond markets has been brutal,” said Antoine Lesne, head of EMEA strategy and research for State Street’s SPDRETF business.

Interest rates also went up in Switzerland, Denmark, Norway, Mexico, and Taiwan on Thursday, following a U.S. rate hike a day before.