Factors Driving Up the Dollar Strength. 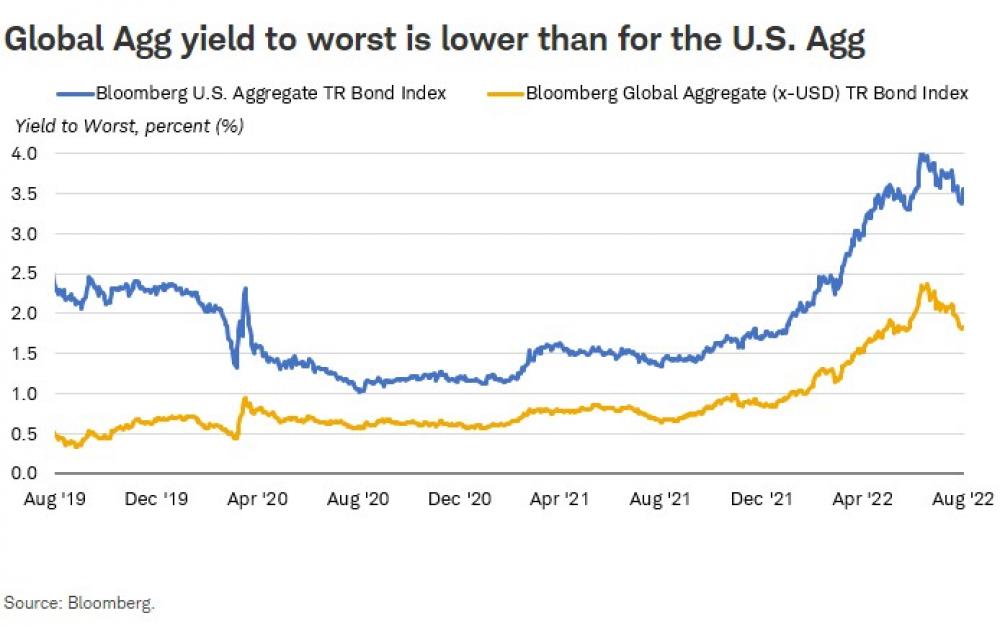 Since May 2021 the US dollar has posted a 14% gain against a broad basket of currencies. It now stands near its highest levels in decades versus major currencies like the euro, the British pound, and the Japanese yen. This sharp rise prompts a question: what is driving the rise?

Due to the Federal Reserve's aggressive pace of rate hikes, yields on U.S. Treasuries are now significantly higher than in most G-7 countries, apart from a few commodity-producing countries. For comparison (week to September 9): US Treasury 10-year bond - 3,29%; Germany - 1,74; UK -3.15%; Japan - 0,26%, the gap between US short-term bond yields and yields in other countries will widen.

Fed's tightening policy is particularly damaging for emerging-market countries. Many EM countries and companies in these countries issued dollar-denominated debt over the past few years when borrowing costs were low, and investors could afford to take risks to get higher returns. Trying to service that debt with a weaker currency at higher interest rates today puts more pressure on the issuers causing them to downgrade or default.

Amidst a rising dollar and high U.S. interest rates, global portfolio diversification becomes challenging for investors. The yield-to-worst on the Bloomberg Global Aggregate ex US Index is only 1.84% with a duration of 7.6, as opposed to a yield of 3.42% for the U.S. Aggregate Bond Index (Agg) with a duration of 6.3.

Taking into consideration the 14% increase in the dollar and the yield differential, according to Bloomberg estimates, the broad international index has dropped 18% over the past year, - about twice that of the U.S. index.