China's ability to reach its ambitious target of 5.5 percent economic growth in 2022 is diminishing. 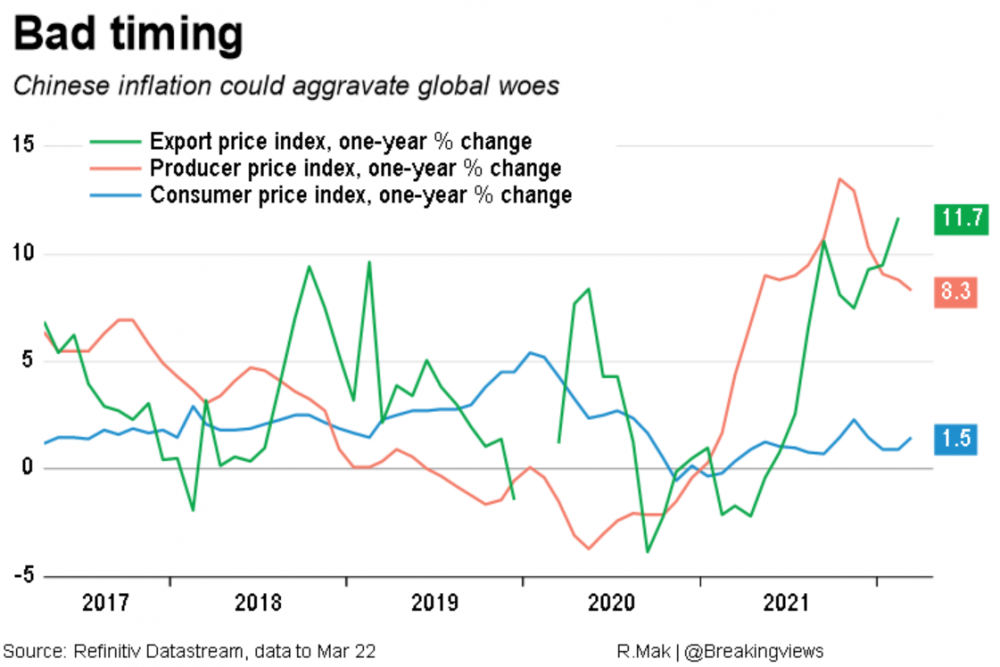 Escalated pandemic restrictions introduced in China again on April 6, mounting risks for the global economy that include the war in Europe, soaring energy prices, and upcoming interest rate increases in the US are making it quite challenging for the country to meet its 5.5 percent GDP growth target .A the end of April, Morgan Stanley slashed its growth forecast for the Chinese economy this year to 4.6 percent, down from 5.1 percent.

The current US inflation at 7% and expected Fed’s high-interest rate hikes pose a risk to push the Chinese currency up, which would worsen Chinese exports competitiveness in the face of already suspended production and delayed shipments. Earlier in March Chinese Central Bank made a big push to weaken the yuan through its currency fixings as virus-related curbs and rising commodity prices threatened to slow the economy.

China’s central bank is likely to cut its key policy interest rate for the second time this year to help bolster a faltering economy hit by the country’s worst pandemic outbreak since 2020. Today China’s central bank on Friday announced a much-anticipated cut of its reserve requirement ratio (RRR), or the amount of cash that banks must hold in reserve, to shore up its slowing economy amid growing headwinds. Though the 0.25 percentage point reduction was below market expectations, the People’s Bank of China (PBOC) said following the decision that the current level of liquidity is sufficient, and the move is aimed at helping sectors hit by the coronavirus pandemic.

A the end of April China Securities Regulatory Commission announced that it would ask long-term investors and major shareholders to buy up shares to help stabilize the country’s sagging stock market, which saw foreign outflows of US$11.2 billion in bonds and US$6.3 billion in stocks this March.

As reported by Asean Post, Taylor Loeb, a finance and politics analyst at Trivium China, said economic conditions in China have reached the point where “support policies are going to have to cast a wider net.”