The British pound crashes to its lowest level against the U.S. dollar since 1985. 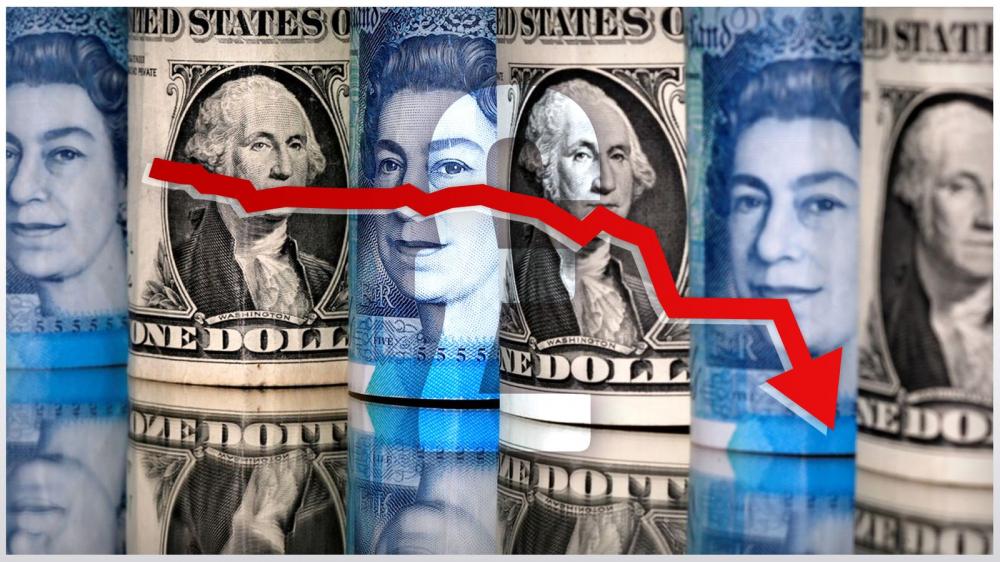 Sterling has been on a steep plunge track for almost two weeks now, hitting 1.0327 - building on fresh 1985 lows after the British government unveiled the biggest program of tax cuts in 50 years. Prior to that U.K retail sales showed a bigger-than-expected decline of 1.6% between July and August, induced by rising prices and the cost of living, the Office for National Statistics reported.

The FTSE 250, a stock index that contains a large portion of domestic-focused companies, has dropped almost 20 percent this year. And falling bond prices have pushed 10-year yields to 4.13%, the highest level in 14 years.

With near-double-digit inflation deepening a cost-of-living crisis, Ms. Truss, on her third day in office, announced in Parliament a major plan to freeze energy bills for households and offer businesses “equivalent” support for at least the next six months, - a project that according to Paul Johnson, the director of the Institute for Fiscal Studies, could cost about 150 billion pounds ($172 billion).

Bank of England has been aggressively hiking interest rates in a determined effort to coll off inflation, which stood at 9.9% in August. The bank now faces a dilemma: another big increase in borrowing costs could weigh on the economy even more. Not keeping pace with the Fed, however, could push the pound even lower.

A report from the World Bank added to the gloomy forecast for the UK after it said rising interest rates could drive the global economy into a recession next year, badly affecting the UK and other countries, which are the net importers with economies depending on revenues from trade. It said a “devastating” recession next year was possible if policymakers raise interest rates too high over the months ahead and cause panic in financial markets.

In a note to clients on September 16, Citi analysts recommended shorting sterling vs the dollar. Deutsche Bank warned that the risks of a “sterling crisis” should not be underestimated, adding that investors will now be closely awaiting Truss’ policy announcements.