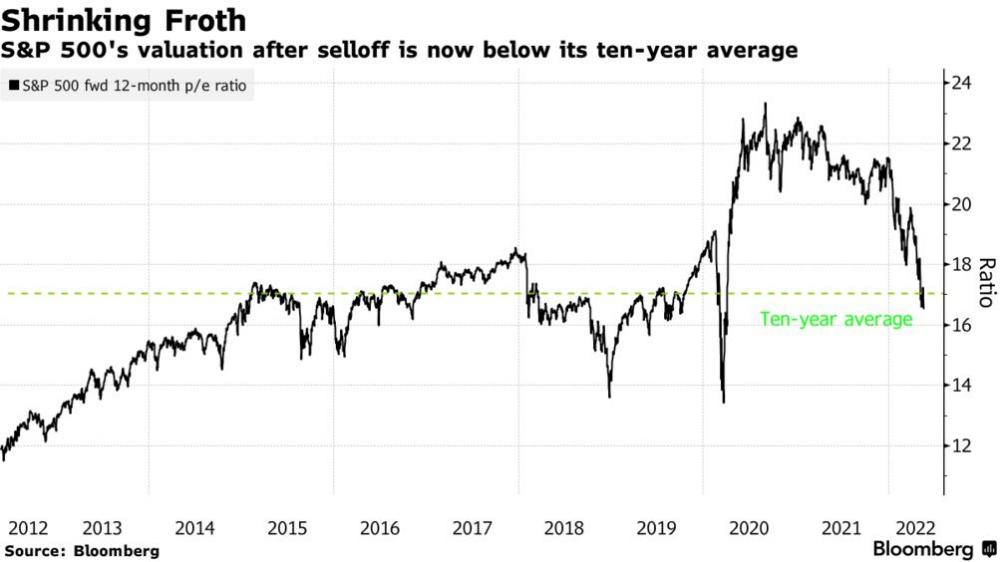 The S&P 500 had been falling for seven consecutive weeks marking an almost 18% decline up until May 19, 2022, in its longest losing streak since 2000 before it started making small gains yesterday, on May 27. The plunge still threatens to push the average to the brink of a bear market, as investors continue to get rid of equities on concerns that Federal Reserve rate hikes to combat rapid inflation would push the economy into a recession.

The index now sits close to 14% below its record closing level reached in January. A close of 20% or more below its all-time high would mark a bear market.

Stocks have been under pressure all year with investors first steering away from highly-valued tech stocks with little profits. But the sell-off has since spread to more sectors of the economy, including banks and retail, as fears about recession alarmed investors.

Earlier this month, the Fed’s rate-setting committee raised the benchmark federal funds rate to a target ranging between 0.75% and 1%. It is expected to raise rates by at least 50 basis points at its June 14-15 gathering, while U.S. inflation stood at an 8.3% annual rate. GDP in the first quarter decreased at a 1.4% rate so some slowing is already being seen. Several prominent investment market professionals painted some gloomy forecasts for stocks should the Fed’s rate increases force the economy into a recession.

Guggenheim Partners Global Chief Investment Officer Scott Minerd in his interview with MarketWatch predicted "a summer of pain" with a possibility of the Nasdaq Composite plunging 75% from its peak, and S&P 500 skidding 45% from its top.

Wells Fargo & Co. Chief Executive Charlie Scharf said that it will be hard to avoid a recession against that rate-hike backdrop.

“In the event, we slide into a recession imminently, we see the market selloff going well beyond average, i.e., into the upper half of the historical range and given elevated initial overvaluation, -35% to -40% or S&P 500 3000,” wrote Binky Chadha, Deutsche Bank’s chief global strategist in a note to the New York Times.

On Tuesday, Fed Chairman Jerome Powell also appeared to be trying to dissuade investors of the idea that the bank should be relied upon to bail the financial markets out as monetary-policy makers attempt to fight outsize inflation.

“Restoring price stability is an unconditional need. It is something we have to do,” Powell said in an interview Tuesday during the Wall Street Journal’s Future of Everything Festival. “There could be some pain involved,” Powell added.